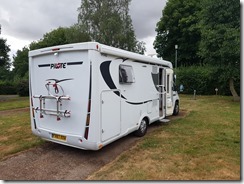 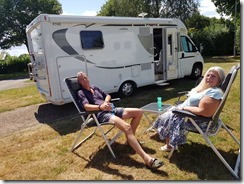 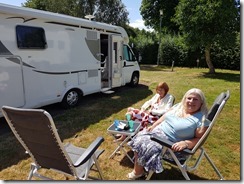 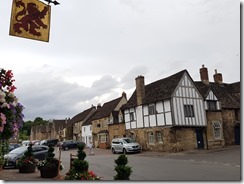 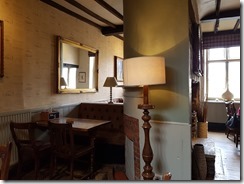 This was a trip primarily to see two stages of the Tour de France in Brittany.  As getting Hebe to Dover takes a while we stayed at a nearby Travelodge with dinner and a few drinks at the White Hart in Lower Horsebridge.  Early start the following morning and off to Dover. 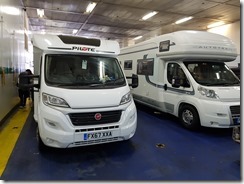 Final destination was the Loire Valley but traffic in Rouen was bad so didn't arrive till after midnight.  Very long and tiring journey.  Don't think I'd do a journey in Hebe this long again. 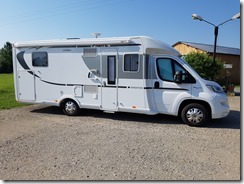 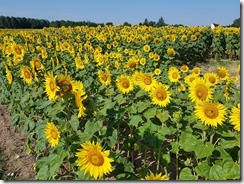 Parked up in the Val du Loir

After a few days to recover it was a couple of hours driving to Camping Le Deffay at Saint Reine de Bretagne on the route of the Tour de France. 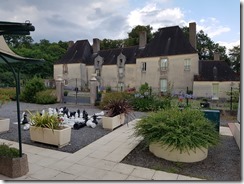 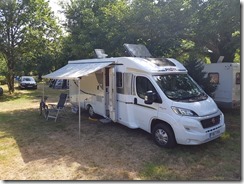 As we got closer to the Tour route, the decorations started to appear.  Also the parking spaces were beginning to fill up with Camper Vans and Motorhomes.  Soon set up at the Campsite and ready for the race the following day. I needed to visit the shops to get supplies so cycled part of Stage 4 of the Tour de France 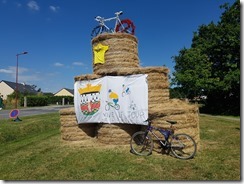 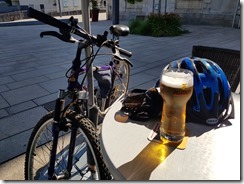 In the morning it was bit of a walk to the road, so claimed a space at the side of the road as the roads closed at 11:30.  Deck chairs set up and a box of wine in the coolbag ready for the couple of hours until the Tour de France passed by.  There were various race cars and police on the road before the Caravan turned up This was a spectacle of floats and decorated vehicles from the sponsors of the Tour - basically an advertising campaign but great fun as they starting throwing items to the spectators. 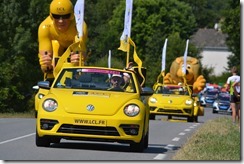 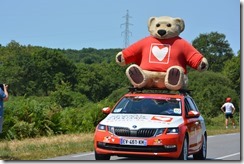 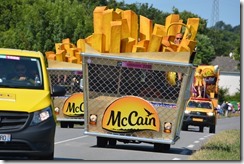 About 45 mins later the cyclists turned up.  There was a breakaway group followed by the Peleton.  There were going really fast and tightly bunched together and passed within a few inches.  Then it was all over, pack up and back to Hebe for a refreshing glass or two before heading to the campsite restaurant for dinner. 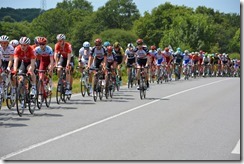 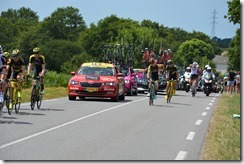 Camping Le Deffay was OK but is was a bit too "English" for my liking.  I don't see any particular reason to go back there. 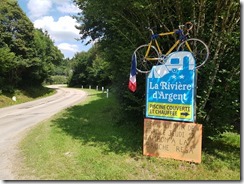 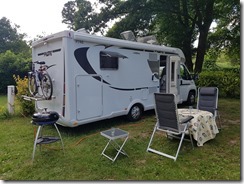 This time it was a short walk to the route and were soon set up in a shady spot.  This was more French and the (French) party next to us invited us to sample what they were drinking - still don't know what it was but it was certainly potent.  Better organised this time with a picnic as well.  As before the Caravan came along but was a bit more spread out as it was further from the start. 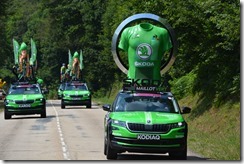 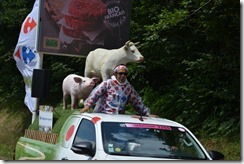 The whole thing seemed to develop a bit of a party atmosphere with the campsite owner turning up to wave at the helicopters. 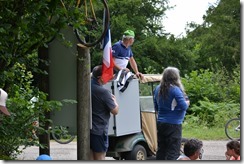 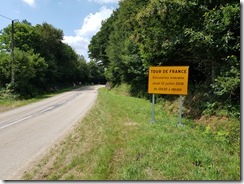 Again a breakaway then the Peleton and this time they were going even faster as it was a slight down hill.  Some people started moving away, then the second stage of the Peleton came along.  Again the speed they travel at while bunched tightly together is quite something. 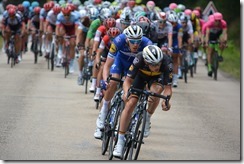 That evening, the Campsite had laid on a dinner of Sangria and roast pig.  Before this, I cycled into Huelgoat to get some cash and to ride a bit of Stage 6.  On the way back I lost my Fitbit but despite searching i couldn't find it.

Dinner was great washed down with the bottle or two of wine.  I liked this campsite, there was a good atmosphere, Huelgoat and the forest around it is a very scenic area and it's a very nice place.  I would go back here. 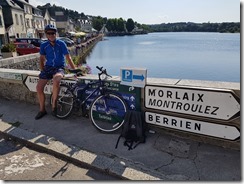 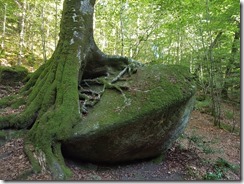 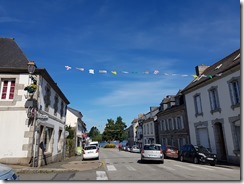 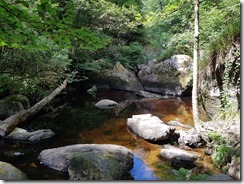 Huelgoat and the Enchanted Forest

Following morning, pack up and head back to the Loire Valley - a four hour drive.

Following morning a very early start for the drive to Calais.  Despite driving fast (and using a lot of fuel) we only made the Ferry as it was running a bit late.  Too close for comfort.  Then it was drive from Dover to Hailsham, park Hebe up, get out the car and drive back to Bromley.  Again a very long day and not something I would probably do again.

Tour de France was great.  Fantastic atmosphere and quite a spectacle.  I'll be back....

Hopefully next year they will have stages in Northern France. 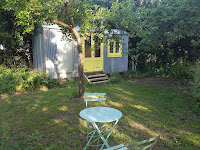